We helped a multi-site hotel group knock $60,000 off their energy spend

The New South Wales hotel group approached Leading Edge Energy for advice when it was faced with a $85,000 price hike over five sites when it was due to re-contract its electricity supply in 2017. 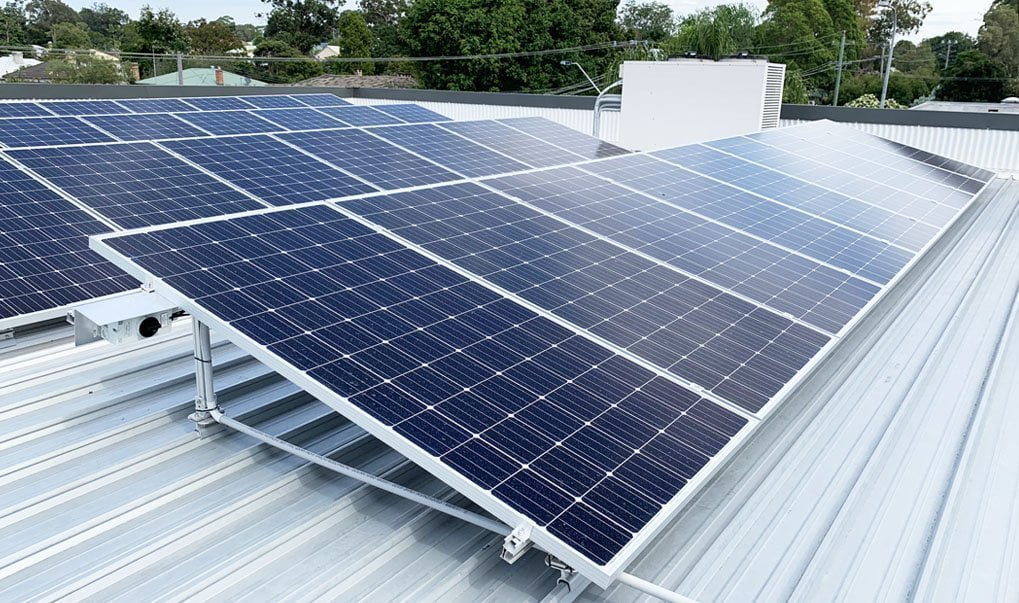 Onsite rooftop solar energy generation is one of the most cost-effective ways to reduce your energy spend and minimise your dependence on the grid.

Solar continues to be attractive because it is cheap, reliable and businesses that install them enjoy a rebate from Federal Government incentives. There is a possibility the incentives will be removed by 2021 and there has never been a better time to invest in solar.

After analysing the situation, Leading Edge Energy suggested rooftop solar as an effective way to reduce costs and regain control.

We studied the first site and provided a solar feasibility study which showed that Gateshead Tavern was an ideal site for solar. The large flat rooftop of the hotel proved to be perfect and could fit the maximum 100 kW threshold which was eligible for Small-scale Technology Certificates (STCs).

After comparing the site’s load profile and available roof space, we established that the hotel would be generating $21,500 per year worth of electricity – based on the new and higher rates.

After establishing the ideal footprint, Leading Edge Energy went to tender with four top tier solar installers to identify the best value solution in terms of output, reliability and lifespan. Once presented with the offers, we selected the best value deal and began preparations for the installation.

As soon as the meter was made ‘solar ready’, the installation went ahead under our supervision and the switch was flicked on.

The process was repeated at Royal Hotel Singleton, then Pippi’s at the Point, and Bateau Bay Hotel. The systems were all given a health check and through our remote monitoring software, we identified some teething issues.

At Singleton, a circuit breaker had tripped after the install and as a result, the system was generating 25% less electricity. This was easily rectified and once it was turned on, the system began to operate at peak performance.

At Gateshead, our health check found that a data card on one of the inverters had failed. A replacement was installed under warranty and the system began to operate as it was designed to.

Thousands to be saved on network tariffs

Leading Edge Energy monitors and analyses data from all our clients to ensure that the systems are operating at optimum generating capacity.

Once the systems were fully operational, Leading Edge Energy found that Bateau Bay Hotel was eligible for a reduced network tariff with Ausgrid. Network tariffs are charges for distribution of electricity and can account for up to 60% of the total bill.

Completing the tariff change with Ausgrid, and resetting the peak demand charge, saved the site an additional $200 per month or $2400 per year. This is an added benefit of installing solar that solar companies rarely look at.

Contact our multi-site Energy Management Consultant Amanda Player for advice about how to get the best value for money with your energy spend on tel: 0410 640 779 or by email on a.player@leadingedgeenergy.com.au