A featherbed too big

The performance of electricity networks under stress due to temporary reductions in capacity or peaks in demand is a public issue with a high profile. Just ask the residents of southeast Queensland during storm season or those who remember rolling summer blackouts when early model home air conditioners left unmodernised power grids at their mercy. Adequate capacity to meet peak loads and mitigate disruptions is vital to all public infrastructure, but as New South Wales consumers are finding, a legacy of featherbedding and overinvestment in the state’s electricity grid promise a bite to their hip pockets for some time to come, and for little gain.

The Australian Energy Market Commission recently ruled that network tariff restructuring must be reflective of future cost forecasts, rather than past investment. Most networks have since introduced peak demand charges as a price incentive to soften baseload demand and reduce the potential for overinvestment in wires and poles as the off-grid economy grows over the next decade. But it’s also been revealed that there’s been plenty of money spent by some already for demand never realised, and who now have their hands out to consumers to recoup their costs. 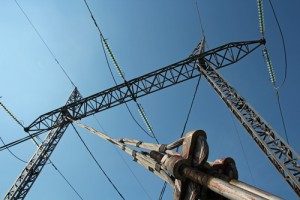 And the legacy lives on…

Ausgrid’s recent decision to continue with tariff structures that remain bottom-heavy to recover costs already booked, instead of using future cost metrics as directed by the AEMC to curb excess consumption not only raises questions over past practices of gold-plating but bodes ill for moving future demand into a greener and more responsible space. Industry analysts point out that reducing per unit energy costs as consumption rises both induces further demand amongst large market consumers and the need for even greater network investment and cheap coal-fired generation to keep the megawatts flowing. If fixed charges follow suit, both renewable energy initiatives and small market consumers will be paying for a legacy of largesse to make Rome’s emperors look like spendthrifts.