Australian Energy Market Operator CEO Audrey Zibelman has warned state and energy ministers that Australia will face grid instability, more blackouts and higher energy prices if they do not back the Finkel Energy Review.

The issue comes to a head this Friday when the state and federal energy ministers meet at a Council of Australian Government meeting in Brisbane to consider the Finkel review.

Ms Zibelman said that if Australia does not get with the Finkel energy plan, it will suffer the dire consequences of a policy vacuum.

One of the first things the American did when taking up the role was to evaluate the energy generation and consumption shift that Australia has been going through in recent years.

Speaking during a Committee for Economic Development of Australia meeting in Melbourne, she took the time to highlight key statistics in relation to the uptake of solar and wind and the decline of traditional large-scale generation practices. 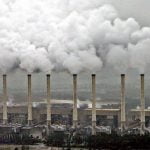 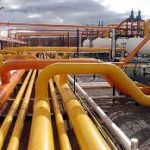 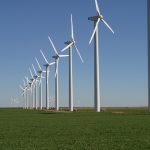 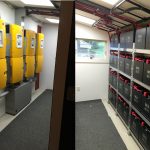 Ms Zibelman said the changes in consumer patterns thanks to home generation and behind the meter storage were already being felt, in particular solar rooftop arrays. AEMO analysis published last month found that rooftop solar reduced peak demand by 265 MW or 7 per cent between January and June 2017. Most of this reduction in grid demand is in the middle of the day and it is expected shrink further, resulting in a rapid rise in demand in the lead-up to the evening peak once the sun sets.

This shift in the load will require a much faster response time by traditional generators, and the need for reserves was one of the key issues addressed in the Finkel Review.  Explaining matters simply, there is a need for a simulated effect that resembles the energy pattern produced by wind power, for example. In this way, traditional energy generation could be fired up while the wind power dies down to create a seamless flow in the feed that goes into the grid. In other words, no jumps.

Ms Zibelman says the Finkel review identifies a number of changes that need to be made to ensure system security and “we really need to get on with it. One of things I have heard in the last 100 days … is I think everyone in this industry wants to get past this moment to a point where energy isn’t such an emotional issue,” she said. “There is no way around these issues but to work through these issues, get the market design right, and move on – and I think the faster we can go and the faster we can get it done the better off we all are.”