Political consensus on a national energy policy is needed for an efficient economy while providing certainty and stability for businesses and households, according to ERM Power CEO Tony Bellas. 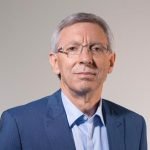 Mr Bellas’ comments come during a flurry of activity by state and federal governments in what is largely being seen as a knee-jerk reaction to Australia’s looming power crisis.

South Australia intends to go it alone, announcing investment in a huge battery farm, a new gas fired plant and new legislation to give the state energy minister powers to turn on interstate interconnectors at times of need.

The Federal Government, meanwhile, has announced the expansion of Snowy Hydro and Victoria seems content to let things lie, even as Hazelwood powered down. New South Wales seems to be dormant and not doing much in terms of boosting supply for power hungry Sydney.

The announced measures will have an effect on pricing in the long term, but short term spot prices and futures are exorbitantly high and show no sign of dropping. Federal Government has announced a probe into alleged price gouging by the big electricity retailers and that seems to have put a lid – at least for now – on any further increases.

But the fact of the matter remains that businesses and households are still paying double what they paid for energy only two years ago. The situation is not sustainable and at present, the only way for businesses to shield themselves from this ever increasing burden is by eliminating waste, auditing consumption and installing self power generation, such as solar panels.

Bellas’ version of the facts

Bellas says the system is “not broken” but in a period of transition where carbon is being phased out in favour of renewable source energy. This may well be true, but the facts that businesses and households are facing are that Australians are paying through the nose for energy and NSW in particular, is paying some of the highest rates in the world.

To this end, many are trying to keep their businesses and households afloat by investing in renewable sources of behind the meter energy. Bellas says this is causing problems: “The NEM is being affected by disruptors including energy storage via batteries, lower cost solar PV appliances, new forms of energy efficiency and energy management via smart meters and other technologies, and the ever-shifting policy and regulatory regimes. These conditions have resulted in bouts of market instability and price volatility.

How are businesses going to survive crippling energy bills?

That is fine to say if you are a huge energy retailer, but how are businesses supposed to survive in the face of such crippling bills?

The energy retailers have veiled their anger at the government. Bellas says state governments and the Federal Government are intervening in a market they created and in which the private sector has invested billions of dollars.

He said that ad hoc responses to the issue have shown little consideration for long-term outcomes in the cost, reliability and sustainability of energy for households and for business.

It is clear that the market has not functioned as it should have. We live in a surreal situation where one of the most resource rich nations in the world has to ship gas from Asia to its shores and re-purchase it, rather than pipe it across the country because it is even more expensive.

The market is broken, and it needs to be fixed. It is not going to right itself because power suppliers simply pass costs (real and imagined) onto the end user.

You can read Bellas’ article here

What does this mean for my business?