Rooftop solar owners will be able to export some excess solar generation into the grid under new rules issued by the Australian Energy Market Commission but will have to sign up to paid solar export plans to access the best feed-in-tariffs and avoid caps.

Opinions are split on the issue, with electricity companies arguing that export fees are needed to fund upgrades to the grid, which cannot cope with the surge in rooftop solar and demand to export it.

This has resulted in exports being curtailed.

On the other hand, solar groups have labeled the new rules as nothing more than a “solar tax” on businesses and households that have invested in renewable energy.

Moving forwards, the new rules stipulate that electricity network companies must actively plan for and include bandwidth to accommodate the export of rooftop solar in future planning.

The new rules will come into effect on 1 July 2022, but electricity retailers cannot force existing solar customers onto the new solar export plans before 1 July 2025.

Why do solar exports need to be curtailed?

Australia’s electricity grid was not designed to be a two-way system. It was designed around the simple concept of delivering electricity from a generation site to end-users.

The problem arises during the trough period of the duck curve between 10 am and around 4 pm when the sun is shining and inverters can do their thing.

During this time, rooftop solar exports can lead to oversupply, which is not good for the electricity grid.

For the Australian electricity network to function properly, a stable frequency of 50 hertz (Hz) must be maintained.

That frequency will change when the electricity supply does not meet demand. While the concept of under-supply is readily understood, the effects of over-supply are often overlooked.

If the frequency on the grid changes by more than 1 Hz, this can cause blackouts, which is why oversupply must be curtailed.

What the AEMC says about paid solar export plans

The solar export plans will allow rooftop solar owners to export into the grid without any limits being imposed.

The paid plans will also allow rooftop solar owners access to better rates and tariffs at different times of the day.

Electricity networks have also been bound to become solar and battery-friendly to ensure that anyone who has installed rooftop solar can connect to and export to the grid.

The AEMC rules will also give power to network operators to block exports to ensure the efficient and safe operation of the grid.

The free option will have set limits that will vary depending on geographical location. The grid in Far North Queensland has very different capacity levels to Sydney or Melbourne, for example.

The AEMC wants the paid solar export plans to encourage solar owners to sell power when it is beneficial to the electricity grid overall.

This could benefit owners of battery packs which could export power in the early evening when demand is highest.

The exact structures of the solar export plans will not be known for a few years. Different networks must put packages together and then get them approved by regulators.

The Australian Energy Regulator will be preparing guidelines for fee structures.

The AEMC said that the new rules will pave the way to change Australia’s one-way street electricity delivery system to a “two-way superfast highway” where electricity reliably and fluidly flows in two directions.

The AEMC said that by creating a pathway to enable more uptake of solar, batteries and electric vehicles, Australia will cut down on renewable energy waste, putting downward pressure on electricity prices.

Want to reduce your business’ electricity or gas costs? Our Energy Experts can guide you with that. Just give us a call at 1300-852-770 or fill out our Get Started form today. 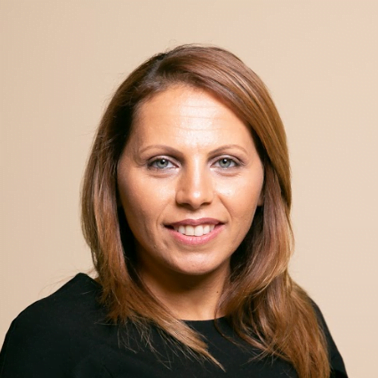