The bold claim was made by Bloomberg New Energy Finance analyst Kobad Bhavnagri. He also said that in the meantime, things are not likely to get better as Australia continues to deal with the pain resulting from the closure of Victoria’s Hazelwood power station. He said energy prices will continue to rise this year and possibly next year too.

Speaking during the Solar Energy Exhibition and Conference in Melbourne, he said: “Power prices are still almost certainly going to rise this year and maybe next year.”

However, he said there is so much renewable energy coming on stream in 2018, 2019 and 2020, that that is easily going to fill the void that has been left from the closure of Hazelwood.

He said more supply and competition in the system is the answer. “Whether it goes all the way and we get back to some of the prices from five years ago, that’s a much harder thing to tell — it may not go that far.

“But it’s going to take the edge off the power prices that are rising today.”
Mr Bhavnagri said his forecast did not identify exactly how much of a saving that would equate to for household bills.

He said, while many more residents will take up rooftop solar, large-scale commercial projects will also come online.

“These are projects that have already been committed. So, this year, we’ve already had one gigawatt — which is 1,000 megawatts — worth of projects that people have signed contracts for and we’re expecting another gigawatt before the year is out,” he said.

Sort out the gas markets to stabilize price 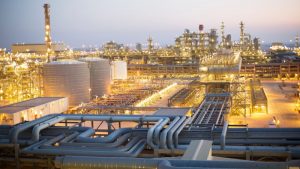 He said once the price of gas is “sorted out”, it can play the role of providing baseload power to complement renewables. “It’s a challenge that everyone around the world is grappling with — that you’ve got cheap renewables, but you still need to keep the lights on, and for the moment we still need fossil fuels,” he said.

But he also said that coal is in demise.

“There’s no way to sugar coat that. When politicians tell you the opposite, frankly they’re not being honest,” he said.

“Unless you can perfect carbon capture and storage — which our analysis is not very optimistic for the technology — coal is incompatible with a safe climate.

“Investors know that utilities know that, and so they’re not going to build new coal.”

John Grimes, the chief executive of both the Australian Solar Council and the Energy Storage Council, told the conference the nation is “on the cusp of a massive transformation” in the energy sector.

He said the transformation is being driven by rising bills and people wishing to gain more control over their energy.

Mr Grimes said research shows people are looking to install batteries sooner rather than later to complement their household solar systems, to save costs.

He said that it was expected that 80 gigawatts of solar and 97 gigawatts of battery storage would be in effect by 2050.

Energy Networks Australia chief executive John Bradley told ABC News he was “strongly confident” in the ability of the system to manage high levels of renewable energy coming onto the grid.

Leading Edge Energy is an integrated energy cost reduction solutions provider. We offer a bespoke service to our clients by following our standard “Loop” methodology. In simple terms, we help our clients reduce their exposure to the cost of grid sourced energy by guiding them through a path towards energy cost reduction. We follow the path of the highest return on investment to deliver the best possible value to our clients.