Bluescope Steel is set to become the latest Australian industrial player to sign up to a renewable energy power purchase agreement later this week as it commits to buy energy from a 500,000 strong solar panel array in Riverina in an effort to cut costs.

BlueScope is looking to replace a fifth of its total energy use with renewable source energy in a bid to reduce its energy spend, which has shot up by more than $50 million in the past two years.

The renewable energy power purchase agreement, which also involves ESCO Pacific, will see the construction of a solar array made up of half a million solar panels in the Riverina District of New South Wales. 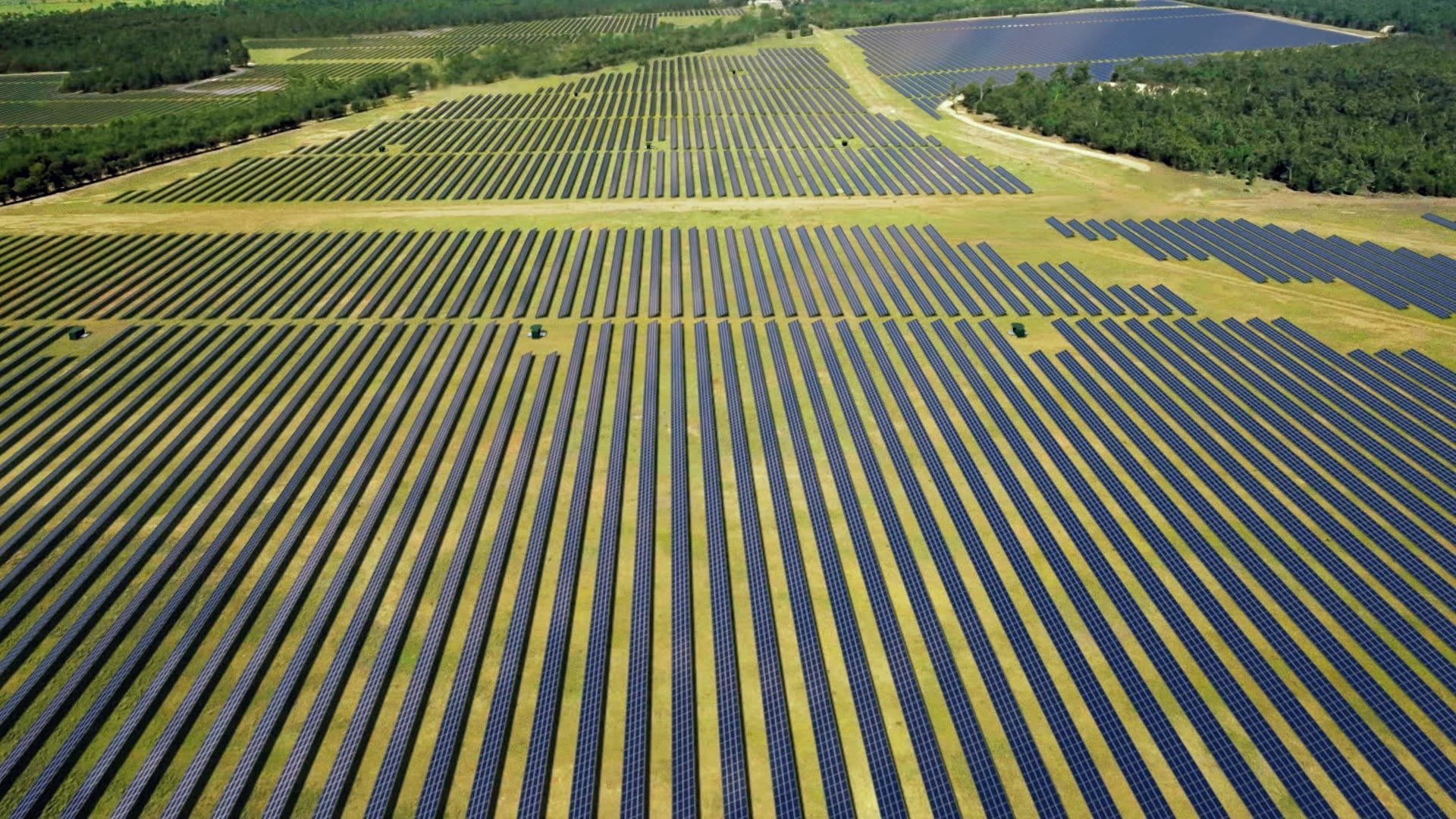 ESCO will now proceed with the first, 88-megawatt stage of its 133MW Finley solar farm west of Albury. Construction is due to start at the end of September, with production starting by mid-2019.

Under the renewable energy power purchase agreement BlueScope will get a fixed price for power over the life of the contract, reducing its electricity price immediately and providing a long-term buffer against volatile market prices.

BlueScope Head of Products John Nowlan said: “The supply will sit alongside our existing arrangements for round the clock power and will help keep our costs down as we continue with the transition towards renewable energy.” Mr Nowlan also expressed support for the Federal Government’s attempts to push through the National Energy Guarantee policy, which ministers claim will end more than a decade of energy policy uncertainty.

This is not the first steelmaker to move towards renewable energy. British billionaire Sanjeev Gupta’s GFG Alliance wants to transition to supplying all its power plants with renewable energy. In fact, GFG has setup Zen Energy, a subsidiary company which sources renewable energy from solar, wind and pumped hydro.

Industrial energy users have been fast to take up Power Purchase Agreements, following the lead of multinational companies in the US. Some of the big companies which have entered such agreements include mobile telephony service provider Telstra, data centre operators Equinix and Mars Australia. In doing so, they are purchasing energy at pre-locked in prices with the added benefit of refundable renewable energy certificates which allows them to reduce their energy costs.

While the commercial details are scarce, estimates put the cost savings of PPAs at between 20 percent and 50 percent, depending on volume of use and the location of the business site.

ESCO Pacific Managing Director Steve Rademaker said: “For any serious corporate off-taker or energy user a solar PPA is a good part of the energy mix. It’s not the only solution but it goes a long way to helping manage costs.”

The agreement requires no up-front investment by BlueScope, with ESCO responsible for financing and constructing the solar farm.

Mr Rademaker said he saw plenty of scope for more such deals.

“We are seeing a lot of corporates getting up the curve on understanding the value that a solar corporate PPA can bring, so we think this is the tip of the iceberg really,” he said.

The deal between BlueScope and ESCO Pacific was brokered through Schneider Electric and will involve the sale of 200 Gigawatt hours of electricity per year.

Schneider’s Managing Director Gareth O’ Reilly said that the doubling of wholesale electricity and large-scale Renewable Energy Certificates between 2015 and 2018 had left companies struggling with their energy bills.

NSW government wants to unlock $18 billion worth of renewables investment

The NSW state government is on a mission to create the infrastructure needed to supply renewable energy to New South Wales and the rest of Australia. The state estimates that there is $18 billion worth of investment in renewables waiting to take off in the state and has identified three rural zones to be set aside for renewable energy generation.

But before that can happen, new infrastructure including poles, wires and substations will need to be created to feed the power into the grid, or directly feed industrial sites.

In a recent visit to Port Kembla near Wollongong, NSW Energy Minister Don Harwin said that the deal is one of many great opportunities for NSW industries to “harness the power of our state’s a

Gareth O’Reilly, Schneider managing director, noted that with the price of both wholesale electricity and large-scale renewable energy certificates doubling between 2015 and 2018, companies had been struggling with “inflated” energy bills.

NSW Energy Minister Don Harwin, who will attend the signing ceremony at Port Kembla on Friday, said the deal is “one of many great opportunities for NSW industries to harness the power of our state’s abundant natural resources”.