The expansion of Snowy 2.0 is one step closer after the Federal Government announced that it will buy out the shares in the pumped hydro plant which belong to the New South Wales and Victorian governments for $6 billion.

When the sale of the shares goes through, the Federal Government of Australia will become the sole owner of Snowy Hydro Limited. New South Wales will sell its 58 percent stake for $4.1 billion while Victoria will release its 29 percent stake for $2 billion. 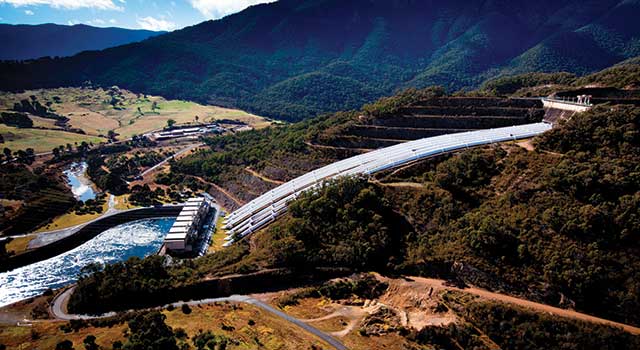 The intention of the Federal Government to buy out Snowy was announced in the 2017 budget but seemed to have gone on the back burner.

The surprise announcement was made on 2 March by Prime Minister Malcolm Turnbull and Energy Minister Josh Frydenberg.

New South Wales and Victoria’s governments are bound to spend the cash from the sale on productive infrastructure” which could include projects like transport, schools or hospitals.

In a statement released by the Prime Minister’s Office, the deal was described as “a win” for Australian energy consumers.

The Snowy Mountains Pumped Hydro plant is classed as energy storage. The government and Snowy’s bosses say that the plant has the potential to solve Australia’s energy crisis saying that the project could deliver energy cheaper than Tesla’s battery in South Australia.

But critics shot that argument down, saying that battery storage has more potential.

The power will be channeled into the National Energy Market.

A feasibility study has predicted that to cost between $3.8b and $4.5b – despite estimates initially flagging a $2b price tag.

Work to extend the network of tunnels and dams will commence this year.  The current plant – built by the Chifley Labor Government between 1949 and 1974, uses pumped hydro technology using water to drive turbines to generate power, which is then pumped back up into the hills to storage dams.

As things stand, it comprises 16 dams and a network of 145 kilometres of tunnels and 80 kilometres of pipes and was designed with future expansion in mind. It took 100,000 workers to build the initial project, which was added to Australia’s National Heritage List in 2016.

The news comes at the height of two state election campaigns in South Australia and in Tasmania. The current Tasmanian government has pledged to go it alone and wants to extend a hydro plant which will dwarf Snowy 2.0.

The other election is in South Australia, which has focused on wind and solar power but has also announced a pumped hydro project in a disused quarry.