Australia has slipped eight places in the American Council for Energy Efficient Economy’s 2018 scorecard with data showing that while the rest of the world is improving its energy efficiency, our record is dismal and we are getting even worse. 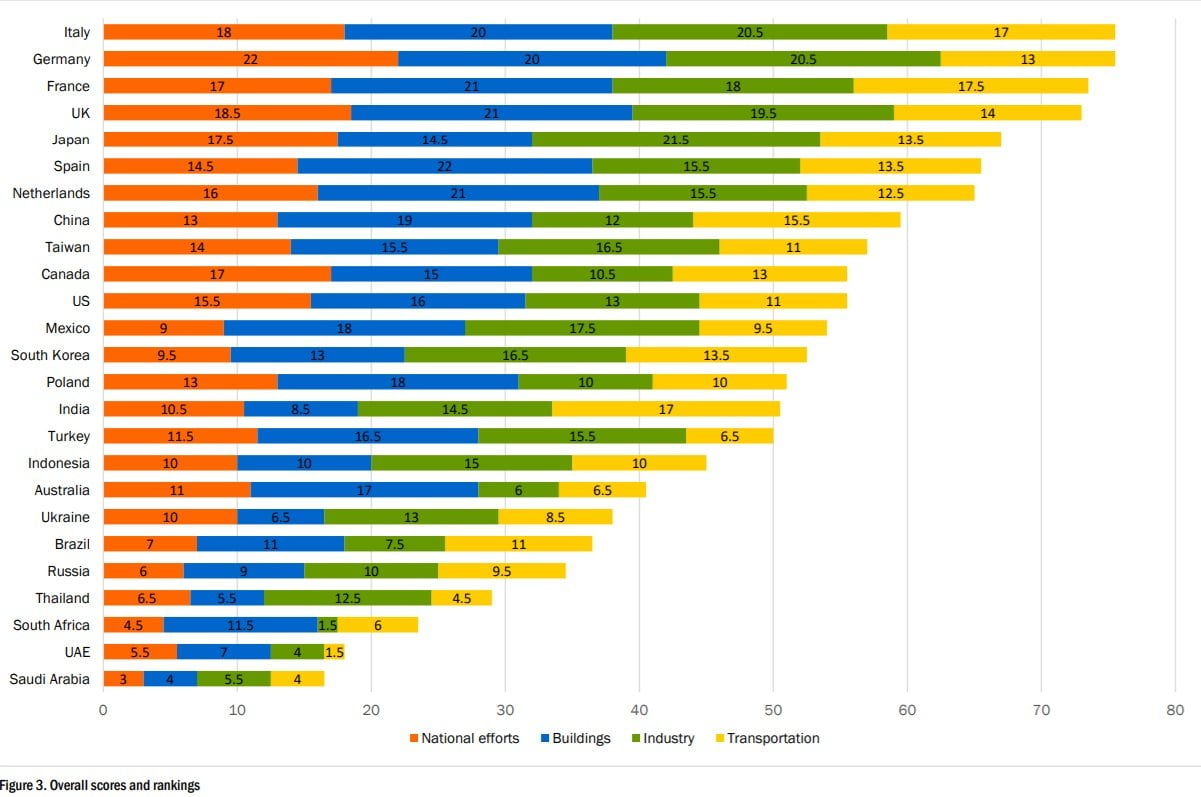 The report, which can be downloaded from the ACEEE website, finds that Australia is falling behind our international competitors, which are reaping the benefits of becoming more energy efficient.

The report also finds that if we were to match the rest of the world, Australians could drive down energy bills and cut carbon emissions at the same time.

Australian energy efficiency policies are the worst in the developed world

The ACEEE found our energy efficiency policies and performance are the worst in the developed world. They placed us at 18th among the world’s 25 largest energy users, and eight place drop since we placed 10th in 2014.

The report was measured against four metrics: National Efforts, Buildings, Transport and Industry. The only sector in which Australia performed in any manner of decency was buildings, where we placed 10th in the world after Mexico and above Turkey. 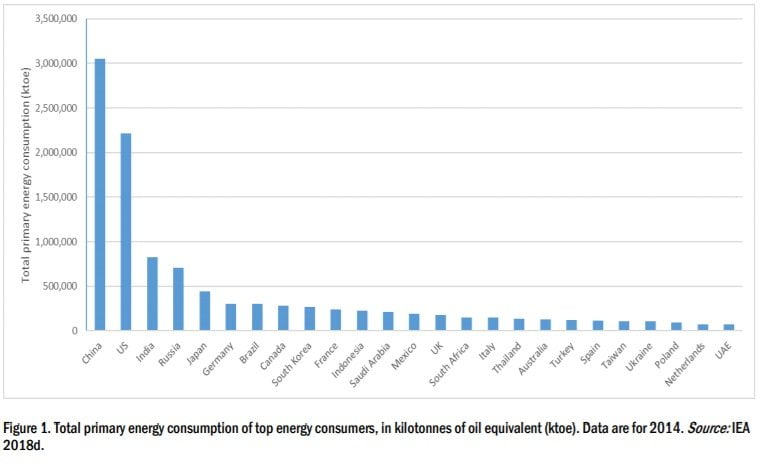 In terms of National Efforts, we placed 15th, sandwiched between India and Indonesia. In terms of  Transport, we placed a lowly 20th, behind Ukraine and above Turkey and in Industry, we placed even lower at 22nd behind Brazil and just ahead of Saudi Arabia

Australia may well be a world leader in solar and battery installations and large-scale renewable power, but our efficiency in translating that generated power into an efficient energy system is quite dismal, at best.

The sad thing is that the government does not seem to be doing much about the current state of affairs. The National Energy Guarantee is a long way off (and even so, it is not a tried and tested solution) and the government has announced a ban on Halogen lamps in a drive to switch to LED lighting, but homes and businesses are largely being left to fend for themselves when it comes to energy efficiency.

Luckily, there is something you can do about it. Did you know that you can save up to 80% on lighting, 60% on air-con and 30% on refrigeration? Power factor correction can knock up to 25% off your peak demand charge.

Our focus at Leading Edge Energy is on helping our clients pay less for electricity, minimise their grid dependence and take control of rising energy costs. We reach our goals by offering free energy audits and identifying ways in which businesses can eliminate waste and boost their energy efficiency.

Two years ago, the Federal Government tasked Chief Scientist Alan Finkel with coming up with an independent review of our energy market, policies and the current system. He made 50, but the most important one – the Clean Energy Target – was rejected.

Experts are now calling on the Turnbull government to commission a similar review into the demand side of Australia’s energy system. We also need concrete data to show why we are at the bottom of the developed world’s list. But that could take years to see the light of day.

The review should also develop a set of comprehensive recommendations for every part of the Australian economy to boost our competitiveness.

Take control of your energy spend

Every month that the Federal Government delays is another month that burdens Australian businesses and households with higher energy bills than necessary.

Take control of your energy spend by eliminating waste and boosting your efficiency. Call us today for a free and obligation free audit to start making savings immediately. Contact us on 1300 852 770 or email at admin@leadingedgeeenergy.com.au.