By switching St Maroun’s College from default electricity rates to a market contract, we were able to help them make an average 21 percent saving on their daily rates.

Every year, many Independent schools spend thousands of dollars more than they need to, but the good news is there is an easy way to save. 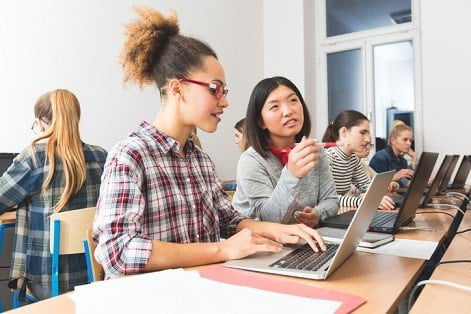 What we found was that they were not aware of the conditions of the electricity contract they were on including network charges, market charges, service charges, emissions, renewable energy charges, and energy loss charges for the quantity of electricity the retailer sells to each premise.

If a school is not on an electricity contract, then they’re on default electricity rates and paying hundreds of dollars more per day then they should be.

Where schools can make big savings

Metering Charges: Some of the Schools were on high metering charges, and were surprised to find out that they could make cheaper arrangements.

We find that this happens when schools are signed up to a metering agreement that runs for longer than their electricity agreement, meaning that they were paying thousands of dollars more than they should have, every year.

Leading Edge Energy helped the schools negotiate new metering agreements that ran in tandem with the length of their electricity contract.Put simply, this means that the metering charges end when the contract runs out.

Here’s another example of how we helped a business save thousands of dollars through metering agreements.

By understanding the market, we helped St Maroun’s College save money.

In a rising market, where current prices are cheaper than future prices, it was better to choose a longer contract.

Even though the electricity contract end date had already expired and the school was on default electricity rates, we managed to get quotes from all the major retailers and made sure the agreement was signed at a time when the market wasn’t quoting exorbitant prices.

We helped them lock in better rates for their next contract

The new rates meant that St Maroun’s made an average saving of 21 percent.

What is not common knowledge is that schools and other organisations do not need to wait until the end of their electricity contract to negotiate a new deal.

If you get in early, you can take advantage of the market when prices are favourable. We also advise renewing contracts in the cooler months, when the demand is lower.

We analyse this every day.

Plan for the future

The school was considering solar, so we put together a Solar Feasibility Study recommending a retailer that offered favourable solar feed-in tariff rates.

If the school leases a solar system over five years, the project is cash-flow positive from day one.

The estimated savings if they install a 99.9kW system are as follows:

You can also read about how we helped St Kevin’s College cut their electricity and gas spend by $44,000 per annum in this case study.

Want to find out if your school can reduce its electricity spend?

Our Energy Management Consultants do not adopt a one size fits all approach because we know that each situation we come across is different.

We start by talking to our clients and finding out all we can so we can develop a multifaceted solution including better rates, reduced tariffs, charges, and consumption.

Is your school considering installing rooftop solar? Call our experts and get all the information you need today!