The energy price crisis is starting to hit smaller electricity retailers who are being forced to turn clients away or refuse their business until they issue their new tariffs after the close of the financial year.

What has caused the energy price crisis?

The main driver for coal and gas prices going through the roof is European nations turning away from Russian fossil fuels as part of the fallout from the invasion of Ukraine.

Australia’s largest power station – Origin’s 2880 MW Eraring plant, for example, is struggling to procure coal and even when it does, it is still faced with extra costs to ship it to the site by rail.

In its quarterly update, Origin said the challenges of coal delivery to Eraring are expected to persist into the next financial year, resulting in a material increase in coal purchasing costs and continued exposure to high spot electricity prices.

The energy price crisis has also affected gas which has gone through the roof as the European Union desperately tries to sever its dependence on Russian gas. On Wednesday 1 June, the Australian Energy Market Operator triggered the Gas Reserve Mechanism, for the first time since its inception during the Turnbull Government in 2017.

The mechanism obliges Queensland’s LNG producers Santos, Origin and global player Shell to make more gas available as a result of the shortfall in the NEM.

Federal Energy Minister Chris Bowen is meeting his state government counterparts to discuss the way forward in the second week of June 2022.

Huge outages at coal plants and flooded coal mines around the country are doing the situation no favours as supply is tight in a scenario where economic activity is picking up after lockdown.

Total coal sales are down from 200Mt to about 170Mt. International sales have dropped and producers have prioritised international markets, leading to domestic coal generators being squeezed.

This pushed up the demand for gas generation by about an annualised 60-70 petajoules or a 15% increase in Australian gas demand (excluding Western Australia).

Why are smaller retailers being hit so hard by the energy price crisis?

The Australian Energy Regulator was due to announce the Default Market Offer  (DMO) earlier this year, but it postponed its decision and announcement till after the Federal Election.

On 26 May 2022, the AER announced a double-digit percentage increase in the benchmark electricity price for NSW, QLD and SA. Electricity retailers lobbied the AER, stating that they would not be able to operate unless the DMO was increased significantly. The increases that have been granted are short of the wholesale electricity market increases indicating that another DMO hike later in the financial year is possible.

The Victorian Essential Services Commission announced the Victorian Default Offer (VDO) changes on 24 May 2022 ranging from 1.60% to 10.41% for SME customers.

Modelling shows that the average New South Wales business customer will pay between $690 and $1,146 more in annual electricity costs, while the increase for south-east Queensland and South Australian consumers will be $705 and $459, respectively.

Victoria fared somewhat better and the default offer pointed to an average 5 per cent or $270 increase in SME electricity prices on average.

By tethering their market offers more closely to wholesale prices, which were also regularly dipping into negative territory in states like South Australia and Victoria, these retailers were able to pass on attractive savings to customers.

But costs were also cut by scrimping on investment in some of the safeguards used by traditional retailers, such as “hedges,” which provide at least some insulation from market aberrations such as we are currently seeing.

Which electricity retailers have been affected by the energy price crisis?

Many small energy retailers have been left with no choice but to increase household and small business energy consumption rates in response to the energy price crisis.

Some are actively turning away customers and telling them to seek better offers elsewhere while others are delaying new sign-ons until they can factor the price hike into their new offers because they simply cannot compete as things are.

Electricity retailers are likely to raise their prices when the new financial year kicks in.

Western Power and Pooled Energy have lost their licences.

ReAmped and Discover Energy have also both been hit and have advised their customers to seek better energy deals elsewhere.

Amber Electric is inviting only those households with solar and/or a battery to go ahead and sign up but tells those without to hold off.

Electricityinabox is also turning away customers until it issues its new plans in July 2022. 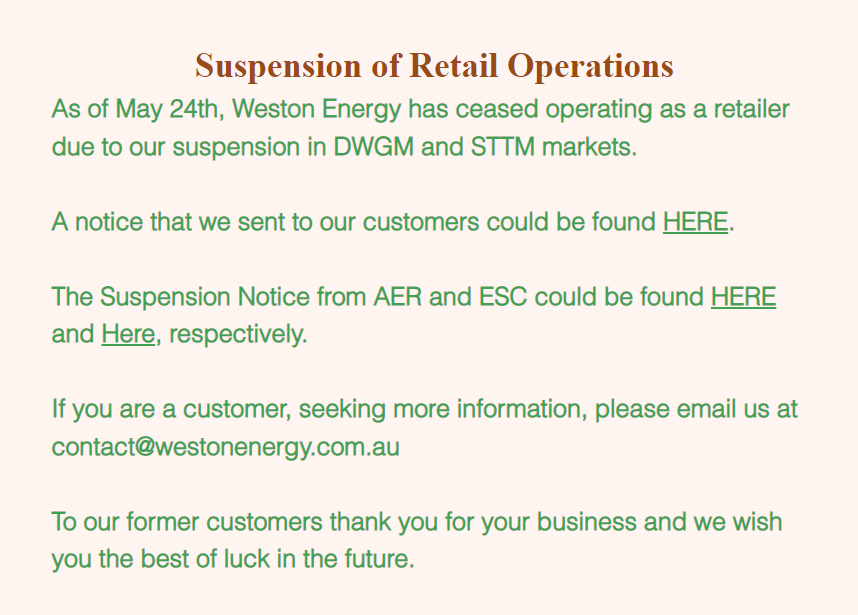 Are you a business energy customer and concerned about your energy plan? We can help

We understand that this time is very worrying for businesses. If you are worried about your energy plan options, we can help.

There are different options out there. We can help you procure energy at a fixed price for a fixed term by going to tender on the wholesale market.

We can also advise you on the different retail pricing options that are available on the market. Other options to help you manage your energy costs include analysing your network tariffs and making sure your business is in the correct market classification.

Our Energy Management Consultants have a proven track record in helping Australian businesses manage their energy costs. Reach out to us by filling out this form or sending us an email at info@leadingedgeenergy.com.au. If you would prefer a chat over the phone, you can call us on 1300-852-770 for an obligation-free session with one of our Energy Management Consultants. 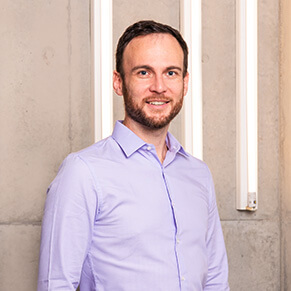