New rules have been proposed to reward large-scale fast-response battery farms that can react to frequency changes in under two seconds, highlighting the key role battery storage technology is set to play in keeping the lights on when the grid is under stress. 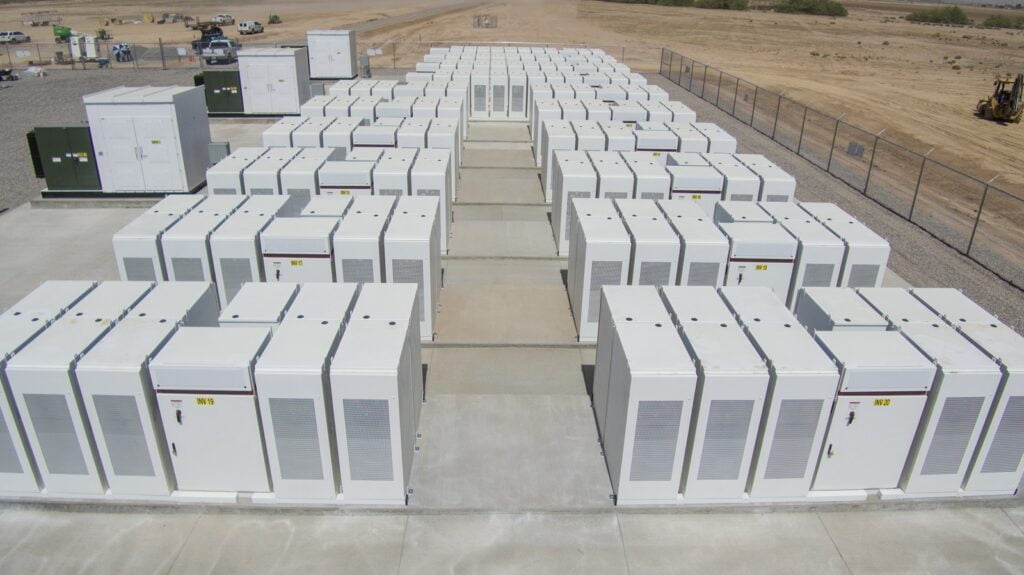 The lightning-quick response of battery storage was first witnessed in 2017 when the Tesla big battery in South Australia sprang into action after just 0.14 seconds when the Loy Yang coal-fired generator in Victoria suffered a sudden and significant drop in output.

The speed, accuracy and flexibility demonstrated by the Hornsdale Reserve battery paved the way to convince regulatory bodies and market operators that battery storage is one of the emerging technologies that will play a significant role in energy grid security.

It is now widely accepted that large-scale batteries are crucial to Australia’s renewable energy transition.

The AEMC’s draft proposal aims to create a market specifically geared towards technologies that can respond to frequency changes in less than two seconds.

The current fastest market is set at six seconds, which in terms of electricity and frequency, is significantly longer than two seconds.

The new fast frequency response rules will not, however, be in place for another three years.

Submissions to the draft rule are due in early June, but the rules will not be in place until AEMO has been able to develop a product specification and make required IT and system changes.  A draft is expected by mid-September.

Why is dispatch speed so important when demand exceeds supply?

Electricity supply and demand must match to within a range of 50 hertz to avoid blackouts. Small discrepancies happen often on the energy grid and they are relatively easy to manage. But when sudden trips of coal or gas generators occur, the results can be catastrophic.

The proposed rules are not limited to batteries and include quick response technologies such as wind farms, rooftop solar and demand response programmes.

AEMC Chief Executive Ben Barr explained: “The proposal paves the way for new types of fast response services that can keep the system in a secure operating state – balancing electricity supply and demand in real-time. Achieving that balance through stable frequency means the system can ride through most power disturbances.”

What’s the difference between inverter technology and inertia generation?

Traditional electricity generation works by releasing energy from fossil fuels such as coal and gas by heating them.

This heat is then used to turn water into steam to spin a turbine, which then generates electricity which must be dispatched on the spot.

One of the downfalls of this type of technology is inertia. Inertia is the inactive time that it takes for the fuel to burn, the water to turn to steam, and the turbine to generate enough momentum to create electricity.

Pumped hydro is much faster, but it also has an element of inertia in the system. Pumped hydro is classed as electricity storage, in the form of potential energy held in dams. When the water is released through a series of tunnels, it gathers momentum and eventually flows through a turbine to create electricity.

Inverter technology, on the other hand, takes variable direct current, or ‘DC’ output, from solar panels, wind generation and battery storage, transforming it into alternating 120V/240V current, or ‘AC’ output.

The grid, just like appliances, runs on AC, not DC, which is why the solar inverter must change the DC output that is collected by solar panels, wind, or is stored in batteries

Inverter technology has much faster frequency control and offers more flexibility in keeping the grid stable.

This flexibility is most useful during the day when the vast amount of rooftop solar and the increasing size and number of solar farms generate more than enough energy to meet demand, putting big coal generators out of the picture.

When the sun goes down in the evening, electricity demand is driven back up as people return home from work and settle in for a night’s entertainment, especially when it is warm and air conditioners are at full blast.

When this happens, coal and gas generators are called into action, causing prices to skyrocket.

The phenomenon is known as the duck curve.

How fast response battery storage will help stabilise the grid

The duck curve could change radically as more battery power comes on stream.

The Australian Energy Market Operator has projected that the National Energy Market will need between 6 GW and 19 GW of new dispatchable resources by 2040.

Since 2018, 8.9 GW of large-scale battery storage has been financially committed, proposed, and/or approved in Australia with a $6-billion investment pipeline.

The AEMC states that the new market proposal will be one of many more to help the Australian Energy Market Operator to access fast response services to intervene in fluctuations on the grid.

The change from the 30-minute settlement system to a 5-minute system, which will come into place later this year, will vastly boost the earnings capacity of battery storage, and put an end to gaming of the system by large-scale coal generators.

New programs have also been developed by AEMO and state governments to add layers of security for the grid by facilitating the use of battery storage to act as an emergency backup.

Battery storage has proved to be instrumental in preventing state outages and increasing transfer capacity between states in times of need.

Battery technology is here and your business may benefit from it.

Did you know that solar energy and battery storage can help you reduce your commercial electricity bills? Just contact our Energy Experts and we can discuss the advantages of switching to solar, as well as other energy cost-reduction procedures we can assist your business with.